Our New Orleans-based partners, Silent Disco PluggediN, was recently featured on the local news. Below is the full video as well as the transcript. 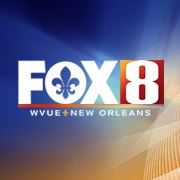 New Orleans, La. –
Since the Walkman hit the streets we have all seen private dance parties at bus stops or in the grocery store, but some New Orleanians are taking that experience to another level. Fox 8 looked at what it looks like when the whole party is dancing to the music in their own silent disco. Record spinning, Pop-locking, head bobbing and hip shaking are everything you expect to see at a dance party, but the biggest thing you hear appears to be missing, but it isn’t really missing at all.

Al “Go-DJ Dat Boi” Mitchell said, “When they get here it’s like wow. That’s their first words.” Mathew Lacey said, “It’s different. It’s an experience.” Naomi Galatas said, “I’m really having a good time. It’s a little chilly, but it’s good fresh air and it’s good music so it’s fun.” Under a moonlit sky, the courtyard of a Marigny club became a Silent Disco. So it’s not exactly “silent,” but if you want to know what people are dancing to you have to either rely on some relayed performances or rent the wireless headphones that will allow you to switch between the two DJ sources and control the volume.

Then it’s off to the dance floor. The night we visit the selections are Hip Hop and Reggae followed by top 40. DJ Dat Boi CEO of Silent Disco Plugged-In explains, “It’s two DJs, two mc’s, 4 DJs if you want. The Silent Disco ends up being like three parties in one. You can listen to two different kinds of music or just take the headphones off and talk. First timer, Galatas, thinks that is one of the best features. She said, “It’s totally different because it’s not as loud. You can actually speak to someone. Take your headphones off and communicate with another person. In clubs, downtown and all those areas you can’t really talk.”

Matthew Lacey has attended before. Lacey said, “They are all playing, all at the same time you know and whoever you’re digging at the moment you can listen to.” He does miss some things about a traditional speaker system. He said, “The vibrations from the bass, everyone feeling the same thing at the same time.” He still thinks it’s fun. “It’s good every now and then. Change is good,” He said.

Galatas heard about the headphone parties, “They had been telling me that they were going to be doing a silent disco in New Orleans and I was like yeah right, but they did.” These types of parties started popping up a few years ago in different spots around the globe. Investor Terrence Magee helped bring the technology to New Orleans. Magee said, “We saw a party. It was on you tube. I was just browsing.”

That sparked an idea with DJ Dat Boi, “It started from me doing a lot of events and you could get called out 10:30 (p.m.) probably about an hour after the event started from noise pollution sound ordinance.” So there is a practical side. DJ Dat Boi said, “I’ve been DJ-ing the Dragon’s Den and a few other spots around this area for about six or seven years now and the biggest problem was noise ordinance. This is a business area, but you know we still have residential that stay around here and it presents a problem anything after 12 o’clock.” With the music corralled in headphones DJ Dat Boi said, “You can go all night and you’re not disturbing nobody.”

Magee said once they saw the You Tube events, “We decided to call the company and see if we could represent the company for the south region and it was a go.” There are several other companies that will come into the area and set up the experience for private parties, but Silent Disco Plugged-In hosts this monthly event in addition to that service.

One more advantage to the headsets, “If you look at the diversity in the crowd you have a little bit of everybody,” said DJ Dat Boi. Unlike a club with multiple rooms or levels, everyone can be in the same space. He said, “You have Reggae fans, you have Hip-Hop fans, you have Techno, you have Dub Step all in one room appreciating different types of genres of music. This (the headphones) allows you to incorporate all in one.” If nothing else, it makes for great people watching. DJ Dat Boi said, “When you take the headphones off, you actually see how everybody takes in the music. That’s what I love the most, taking the headphones off,” a priceless experience. It cost about five dollars to rent the headphones. If you want to check out future events, you can find Silent Disco Plugged-In on Facebook and Twitter.