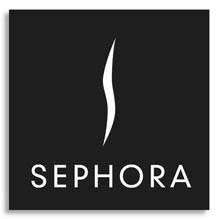 In 2012, Sephora invited Silent Storm to bring silent disco to their company holiday party in San Francisco. The silent disco featured Dave Bailey (aka DJ Sol). We were lucky enough to have his entire live set recorded that night. The night featured quite a diverse soundtrack, which has been split into 3 parts below for your listening pleasure.

DJ Sol got the party started with some house and breaks:

Then phased into some Electronica and Dubstep in the 2nd hour:

Towards the end of the night, guests were feeling Hip-hop and other Top 40 club hits:

DJ Sol has been DJing for over 15 years professionally spinning clubs, private parties and weddings locally and across the globe. He’s been a resident DJ at many clubs in San Francisco over the years and is currently a resident at both Mighty and Chambers Eat + Drink. He also DJs with the Space Cowboys at all their biggest events.

Here are links to some of his mixes (mostly within the electronic/house/funk/breaks genre):

Big thanks to Sephora for sharing their holiday celebration with us!