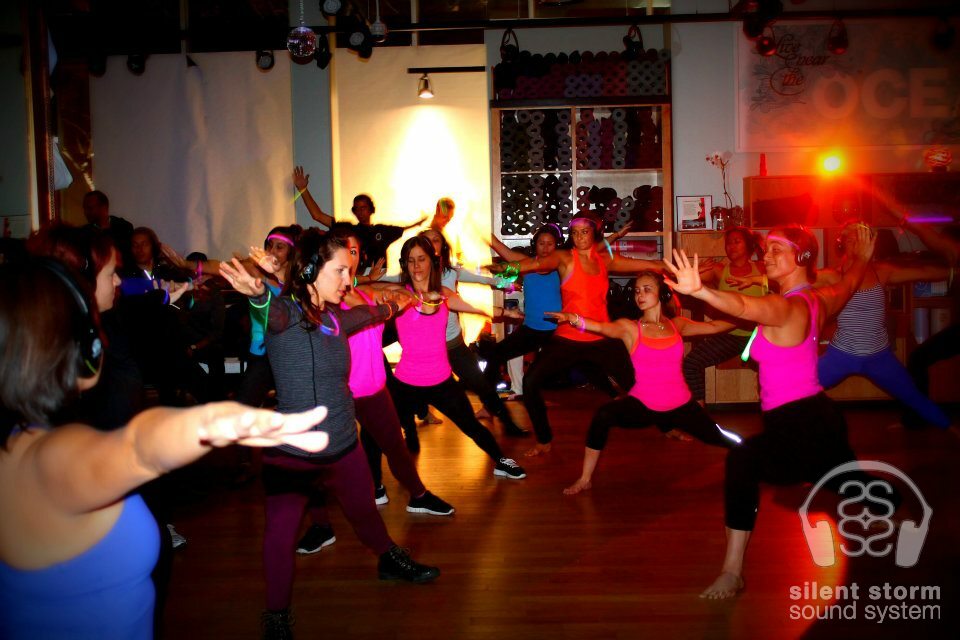 Being the first to do it.

In 2010, Silent Storm hosted the World’s First Silent Disco Pub Crawl. In March 2012, Silent Storm partnered with Lululemon Athletica to bring (what we believe to be) the World’s First Silent Yoga Dance Party! The event took place at the Lululemon Athletica store in Santa Monica, California, kicking off a monthly series of secret events on the 12th of each month through 2012 – dubbed “On the 12th“. Guests received a set of wireless silent disco headsets at entry and enjoyed a yoga class followed a smile-filled dance party curated by a DJ performance, all illuminated by glow sticks and bright neon yoga attire.

Armin Razmy created this great clip from the Silent Yoga Dance Party – check it out:

Our partner SnapFiesta was also in on the fun, capturing timeless photos of guests adorned in their goofy props. Big thanks to the Lululemon team – and to all who came out to make history with us! 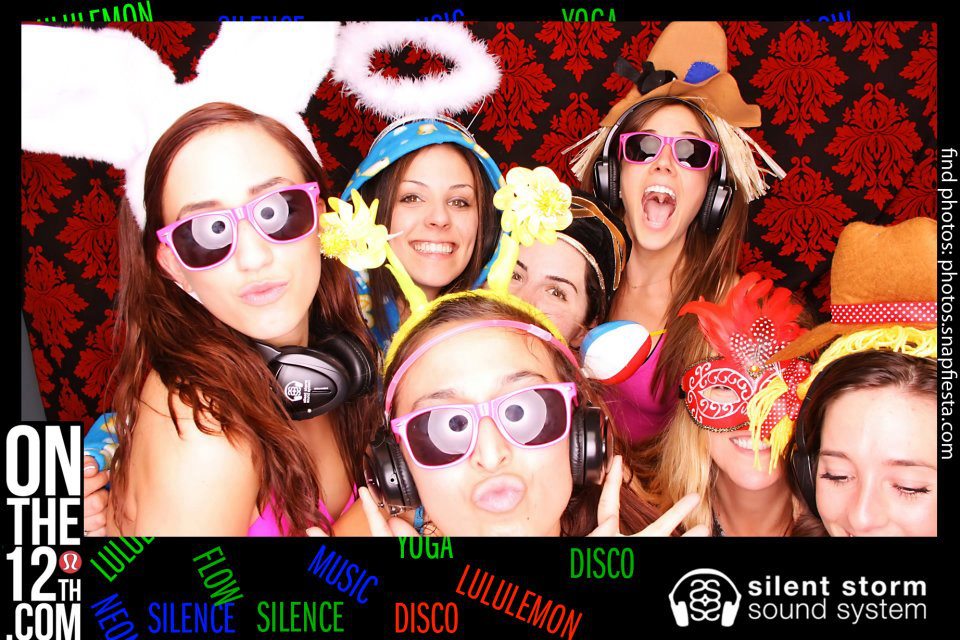 SnapFiesta Photobooth at Silent Yoga Dance Party at Lululemon Santa Monica. Click through to Facebook album with more SnapFiesta photos from the event.

If you know of another silent yoga dance party that preceded March 12, 2012 – please let us know!